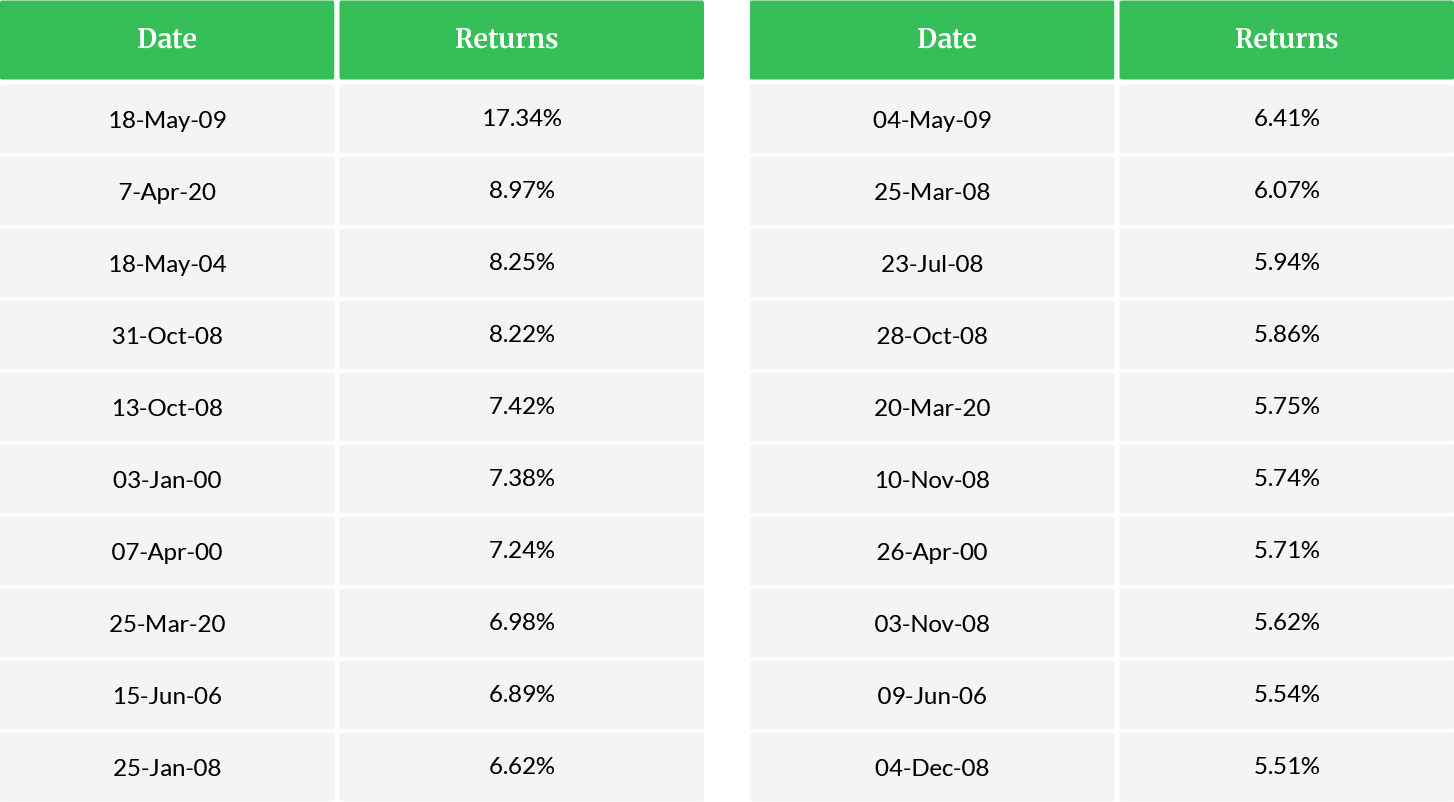 Look at the above table closely.

What do you see?

The best 20 days in the last 20 years have come when the markets have been at their worst or in a deep corrective phase.

Only 1 out of 20 happened when the markets seemed in an Up Move. 19 / 20 of the Best Days have happened during seemingly worst times (Did you really know this?)

Think about this. Most people are out of the market in corrective phases (or sharp falls). The media screams for you to be fearful in such phases yet the best Up moves are in such phases. This is one of the keys reasons why there is a difference between Investment Return and Investor Return. Carl Richards calls this the Behaviour Gap and it is depicted brilliantly in this sketch of his. 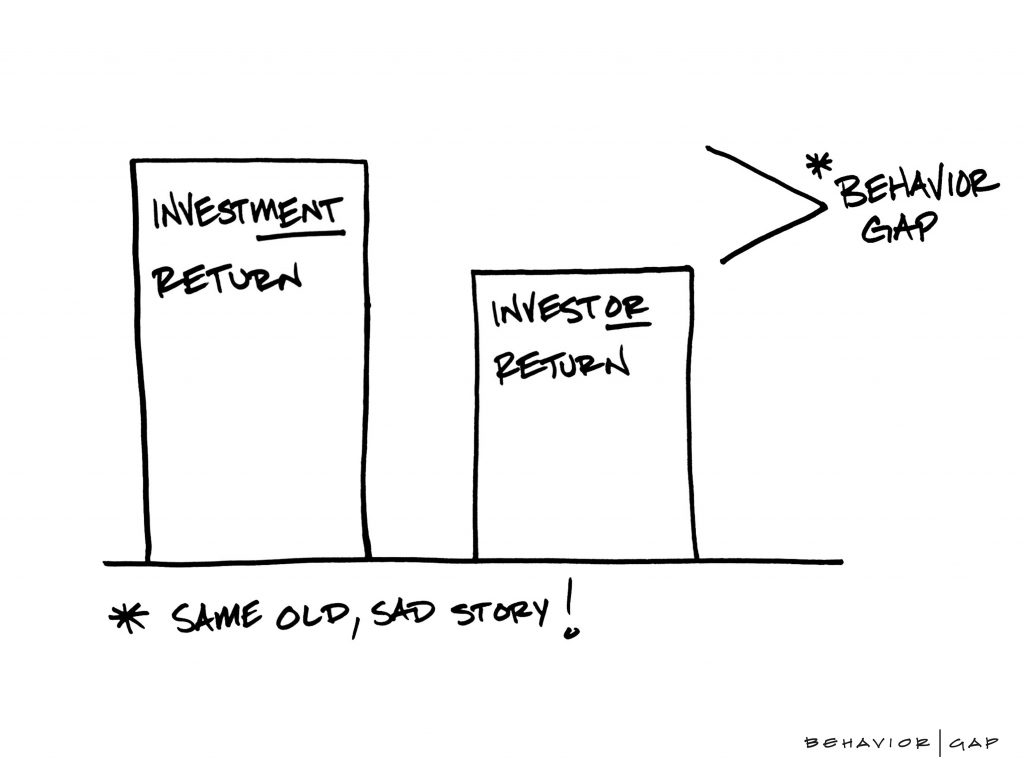 What are the learnings for you here?

Down and Up moves in the market (Volatility) are a natural part of the investing process. The only way to capture these best days are by staying invested through down move days. There is NO OTHER WAY. You simply cannot get IN and OUT of the market because both the moves (down and up) happen in close proximity to each other. Any person who is telling you that he can get you IN and OUT is LYING. Yes, someone might be lucky once or twice in getting out, but have they got back in time. Absolutely Not.

Let us see what happens if you missed these Best 20 days in the last 20 years.

Can you imagine this. Missing 20/5112 = 0.39% best days has a tremendous impact on your overall financial well-being. Do this exercise since 2005 till date and you will see the following table.

This only goes to show that even if you are invested 99% of the time but miss the (less than 1%) best days, your performance will significantly lag investment performance.

Thus, I repeat “The only way to capture the best 20 days is by having loads of patience and staying invested through the tough times”.

Are you going through FODTWT?

I was talking to an investor Jai Mathur (30-year-old and married a year back) the other day who told me “I don’t know whether I am doing the right thing”. I asked him what he ....Read More

You Get To Decide This...

A friend said yesterday, “This looks like the start of World War 3. How bad do you think it will get?” This reminded me of the “Be the Calm in the Market Storm” post by Jas ....Read More

We know of Warren Buffett and his partner Charlie Munger. The investing world worships them and there are countless books that are written about them. Did you know about 40 years a ....Read More

I was speaking with a friend sometime back and he said ‘what if making money was as easy as plucking money from a tree. I wish money was so easy and it grew on trees like a money ....Read More

Think about this pattern for a minute.At the top of the market we can’t buy fast enough.About three years later at the bottom, we can’t sell fast enough.And we repeat that ov ....Read More

You Get To Decide This...

A friend said yesterday, “This looks like the start of World War 3. How bad do you think it will get?” This reminded me of the “Be the Calm in the Market Storm” post by Jas ....Read More