The 2 recoveries that we all look out for are Stock Market Recovery and Economic Recovery. However, the most important recovery for an investor is his/her Mind Recovery. 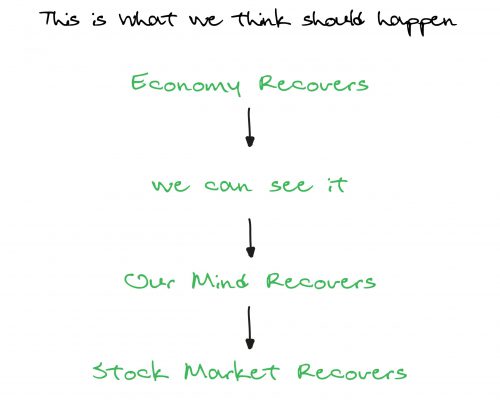 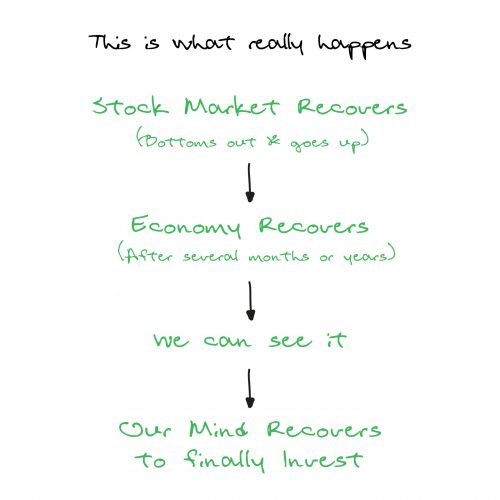 The difference between the Stock Market Recovery and our Mind Recovery can be upwards of 40-50%.

This time is no different and I am pretty sure the above Sketch “This is what really happens” might just play out.

P.S. I am by no means predicting the direction of the markets as I consider it to be irrelevant for the real long-term investor.

Some Points to Ponder Over

The following is some food for thought.1. The US Election Uncertainty is Over.2. Serious Vaccine Progress made by Pfizer and Moderna. At some point of time, we might have a Vaccine ....Read More

5 Essential Things to do in a Bear Market

Though the relationship between stock prices and risk is evident, there is a finer point that is always missed.When stock prices go down, the risk in the portfolio of well diversif ....Read More

The Reality of Our lives

Imagine someone is getting people to vacate their land or property for a price. Do you think it is easy? No. People give up their lives for their assets.On the other hand, imagine ....Read More