Satish had written a wonderful post (last month) headlined “The Irrelevance of Efficient Market Hypothesis (EMH).” He concluded the post with the following – So, as long as you have been prudent in saving and investing for your future self (you know how much is enough and that you never ever have to worry about money), why bother with EMH – no matter how intellectually stimulating discussions about its consequences may be! The point is bang on (and there is not much to be said if you understood what he meant) but I still thought of making a point about what I call the (In)efficient Market Hypothesis (IMH).

For those who are reading this term for the first time – The Efficient Market Hypothesis is an investment theory derived from the work of Eugene Fama. His basic idea – all asset prices reflect all available information at any time and thus it is simply not possible to beat the market or the index on a risk-adjusted basis (by taking the same level of risk). While beating the market (benchmark) is not a goal that any investor should focus on and Satish has highlighted this quite well in his post, the objective of this post is to throw light on the fact that markets certainly don’t seem to efficiently digest greed, fear, and new information. 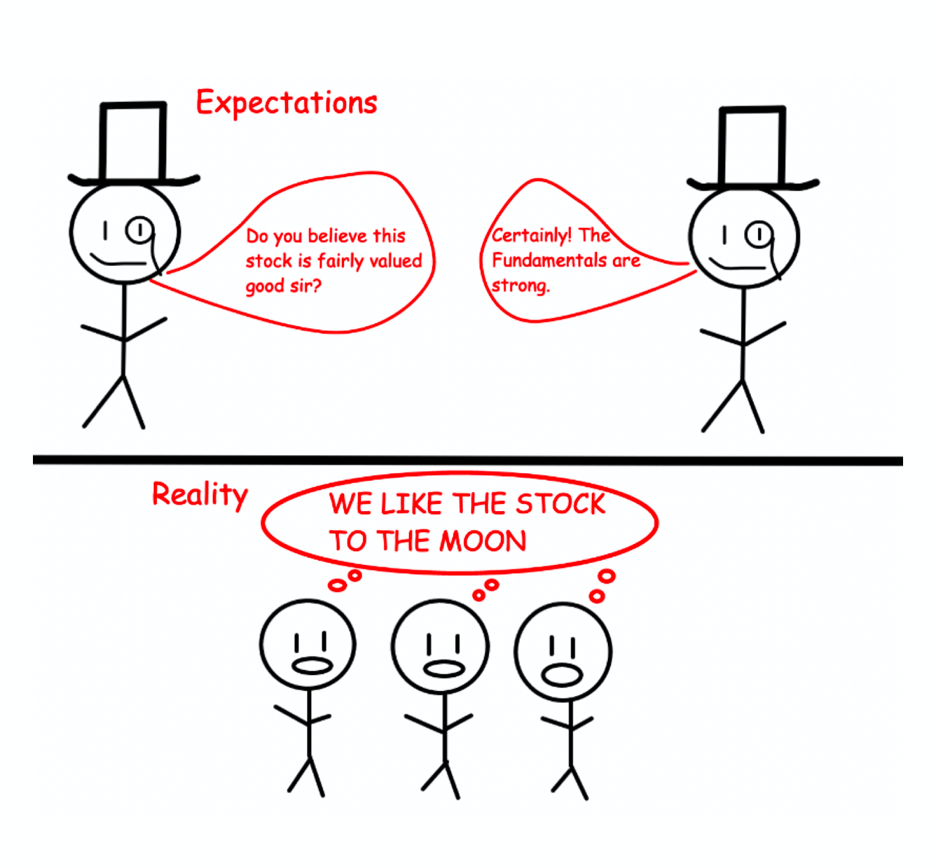 1. In 2020, a zero-revenue electric semi-truck start up, Nikola Motors, went public through a reverse merger with a SPAC (Special Purpose Acquisition Company). On June 9th, 2020, Nikola reached a market capitalization of $31 billion, making it $ 3 billion more valuable than Ford. The company had no sales, no proprietary technology and no working prototypes but they had computer rendered images of a pickup, the Nikola Badger. 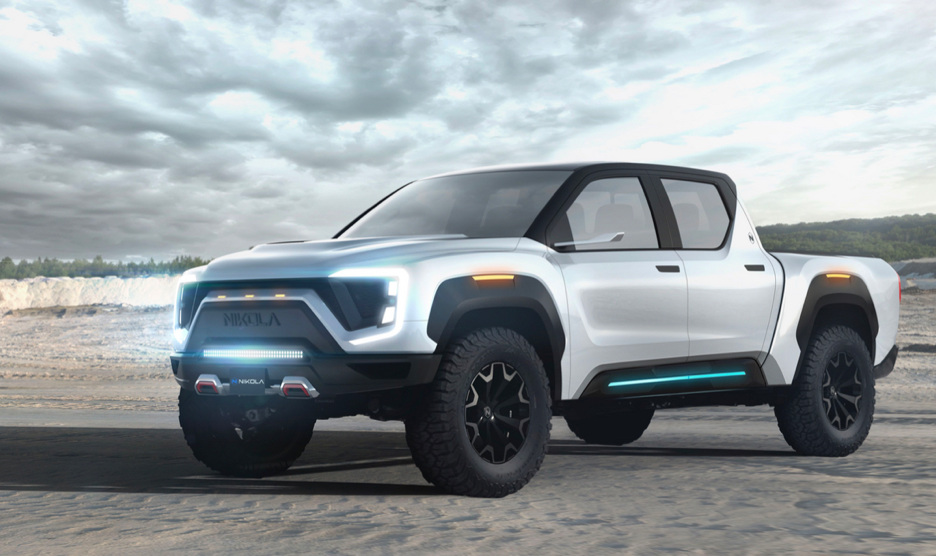 Investors were so desperate to find the next Tesla that they turned this JPEG into a $31 billion public company.

Can you believe this?

2. Last Tuesday, I wrote a post “Buy NFT, Get a Free Sports Car” about the madness (and the truth) of the NFT space. Images and Tweets being bought for millions of dollars. Another example-Someone paid $ 1 million for this picture of a rock.

3. Jack writes – Dogecoin, a cryptocurrency that was created to make fun of other cryptocurrencies, reached a near $100 billion market capitalization last May largely because the world’s richest man continued to pump it on Twitter. This cryptocurrency still touts a higher valuation than both Vail Resorts, the biggest ski resort chain in America and Chewy, the largest E-commerce dog food company in the world.

Earlier this year, I had given the example of the founder of Dogecoin, Billy Markus, selling his holdings of Dogecoin for $10,000 or so, in a post titled “On Selling Out – Part I. The point here is that something that the founder considered a joke became worth billions of dollars and still is. Elon Musk was instrumental in pumping Doge and I had written a post headlined “Elon Musk is not your Financial Professional”. The point of this post was that Elon doesn’t care about you but there are millions who follow and worship him. The reality is that every time Elon hits send, tens of billions of dollars are created and destroyed.

4. Yet another SPAC story – Donald Trump took a social media company that doesn’t exist, public, through a SPAC, creating more wealth (on paper) through this transaction than he has made in his entire career through real estate

5. The entire world declared sanctions on Russia for its invasion of Ukraine. Guess what? After a brief crash, “The Rouble” is now trading at a two-year high.

6. For all the talk about the death of the dollar or the dollar losing its value because of money printing, the dollar seemed to be the best inflation hedge. Bitcoin is down. Equity is down. Gold is down. But the Dollar is up 20%. In fact, 1USD = 1EURO (who would have thought this). What’s next? 1 USD = 1GBP (Not a prediction).

One of the key points is that markets are made up of humans from our planet. Humans are humans whether in the blockchain world, or the stock market. And thus, markets will be as efficient or inefficient as humans are. We have seen over the course of history and even now that humans are anything but rational when it comes to greed and fear. We still fall prey to the below sketch. 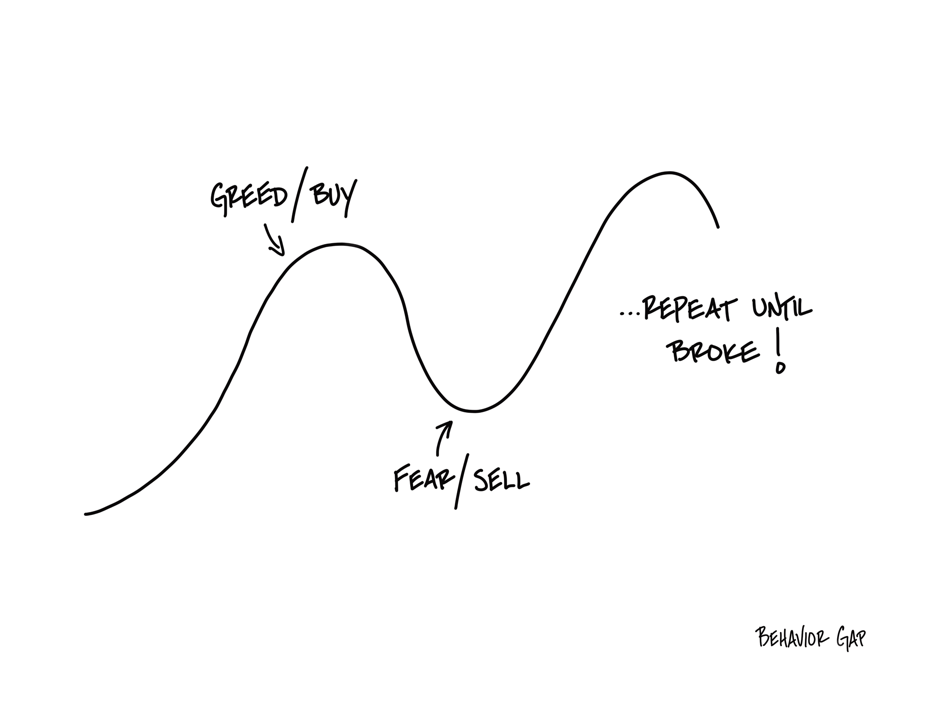 With this, I rest my case.

I was speaking with a friend sometime back and he said ‘what if making money was as easy as plucking money from a tree. I wish money was so easy and it grew on trees like a money ....Read More

The 3 types of Investor Behaviour in the Current Market

“What’s happening in the current environment? The data is not so good, but markets are going up” said Raj, a seasoned senior corporate executive. When the market goes up i ....Read More

I am sure you would have guessed who the legend of compounding is but before I get into writing about this, let me narrate a few lines from a brilliant book “Boombustology” by ....Read More

At a basic level, people understand diversification as “Don’t put all your eggs in one basket”. It is such a simple and powerful concept. The devil though lies in your litera ....Read More