I am sure you would have guessed who the legend of compounding is but before I get into writing about this, let me narrate a few lines from a brilliant book “Boombustology” by Harvard Business School Professor Vikram Mansharamani.

In the book, Professor Mansharamani writes “Imagine if, upon Cleopatra’s death in 30 BC, some public-spirited heir to the Egyptian ruler had made a gift to posterity (all future generations) of $100 deposit in the Bank of Perpetuity. Just reinvest the interest at 2% forever and ever, the donor would have told the teller and do not allow a single withdrawal.  This benefaction (a benefit or donation), seemingly very little on the day of the deposit, would by now have grown to $41,034,747,782,825,800,000. Expressed more manageably, it would represent 58.5 doublings of the original $ 100, or $ 5,351,505,546.32 for every citizen of the world.”

$5.3 billion for each one of the 7.6 billion population. This means all of us would be billionaires 5 times over. Are you shocked? Even I was, though I know the power of compounding. I just could not imagine the enormity of the number at 58.5 doublings even though I had written a similar story of a Persian emperor who lost his kingdom to the Power of Compounding.

However, this is like the numbers that we crunch on Excel otherwise all of us would have been billionaires by now. I will come to the reason why it didn’t happen but I can give you a hint –Humans are capable of infinite stupidity (I can assure you that this number is seriously high and we all are guilty of stupid things – after all that’s what makes us Human).

One of the fundamental reasons for us not getting the benefits of Compounding is that we do not understand the real power of Compounding even though we have studied this in school. The real problem is that we understand it from a Maths perspective, but we are not able to Visualize the Power of this and how we can make it work. We are not able to visualize that even Rs.1 Lakh invested at a child’s birth can make her a Crorepati (Rs. 1.28 Crore) by age 42.

Second, we think compounding takes 3,5 and 10 years. It does not. Compounding takes more than 20 years to show its real impact and from there it shoots like a rocket. Thus, it takes decades for us to realize the power of compounding.  Compounding is very slow at first and you may not even realize its impact initially even in the first 10 years.

I have drawn a Sketch to illustrate the above points to you. 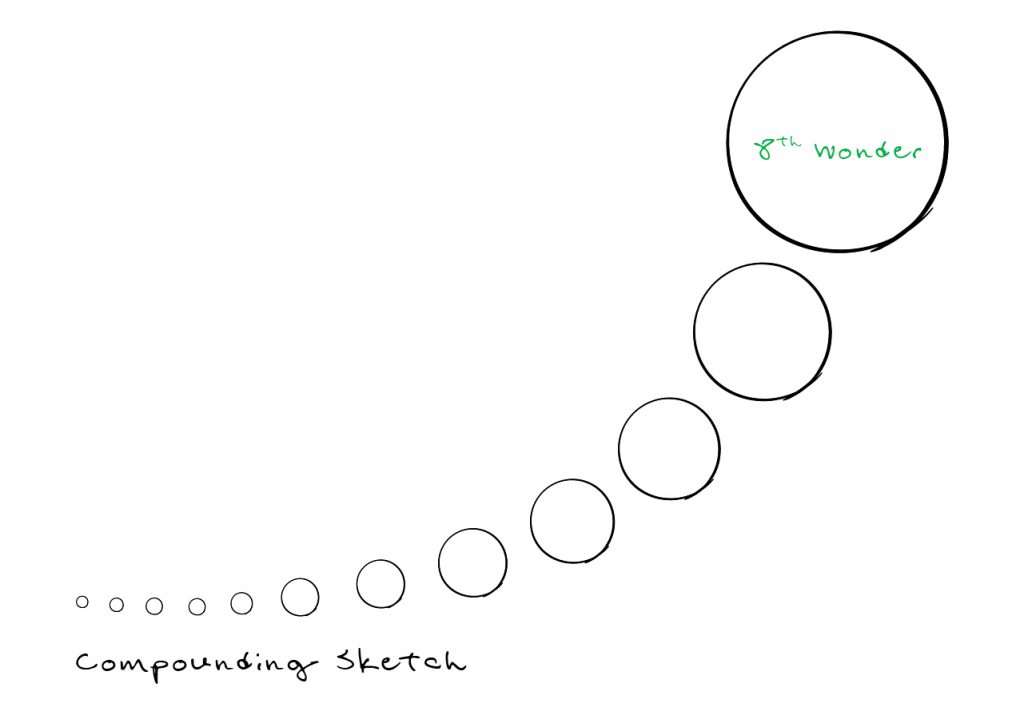 This is where the Legend of Compounding comes in. He is none other than the Legendary Warren Buffett. He turned 90 on 30th August 2020. Imagine the compounding cycles his investments have gone through and you would be surprised to know that 95% + of his net worth that we see today was after his age 65. In fact, $89 billion of his $90 billion of his financial wealth came after age 65. Isn’t this crazy? Do not lose hope. You still have a long way to go :-).

People are now living longer so time is not an issue for most people. There is enough time to compound and if you look at intergenerational wealth then there is a lot of time for compounding to make wonders for you. The real problem though for most investors is that “they don’t leave compounding alone.” Once they start investing, they stop at some point of time listening to counsel and wisdom from the Media, friends, family, gloom doom gurus and idiots (remember human stupidity is infinite and there are many peddlers of believable bullshit).

The key is to Leave Compounding Alone to do its job. Imagine you are doing your best work, and someone keeps nagging you continuously and even interferes with your work. I am sure you know the outcome of this. The same happens with Compounding when we do not let it do its job. Leave the damn thing alone should be our Mantra.

There is a Blaise Pascal quote that is so apt to this situation and I remember it so vividly “All of humanity’s problems stem from our inability to sit quietly in a room alone.”

I would make a slight modification to this one and say, “All of investors’ problems come from our inability to sit quietly with our portfolios.” 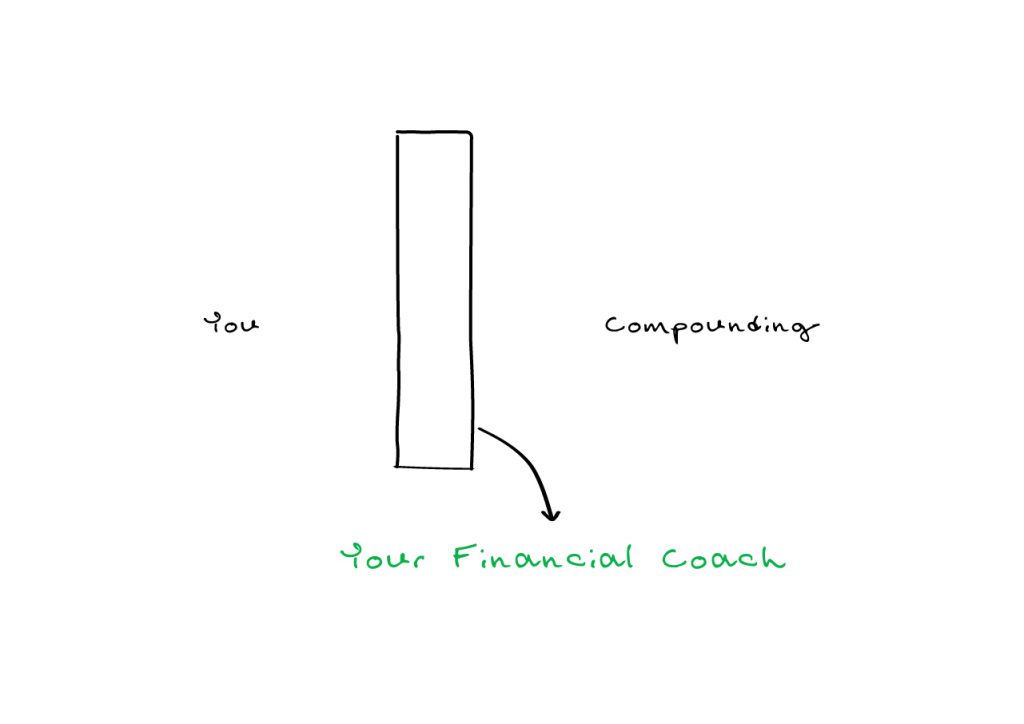 Einstein said, “Compounding is the Eighth Wonder of the World”. I would say it is the First and Most Important Wonder not just in Investing but in every walk of Life. If there is one Wonder that you must Visualize and See, it is this Wonder of Compounding. There is no other wonder that is as powerful as this but unless we leave this Wonder alone, we might never get to Experience the Power of the Eighth Wonder of the world.

Last Tuesday, I had written a post “There will always be reasons for not Investing”. Today, I thought of writing a very simple yet powerful concept that I believe is worth gold ....Read More

Something to Learn from my Dad

In the previous Nano, I had written about the 3 Real Drivers of Performance. I know many people who practice these 3 Real Drivers diligently, but I thought of sharing a bit about M ....Read More

The headline of this post might have sparked a question in your mind “What’s the first 3 trillion?”. If it has not, that is perfectly alright. Let me tell you about the first ....Read More

Many of you loved my “91 and still compounding” post.In case you cannot recollect it, click the above link, and read the post. It’s a simple yet powerful post. This one build ....Read More

How much is Enough?

There is this insightful column by Morgan Housel “When Rich People do Stupid Things?” In the column, he writes about the Vanguard Founder John Bogle’s book “Enough” and t ....Read More