Bullshit Your Way to a Million Dollars

Two weeks back, I saw an episode of a Series (on Netflix) named “Bullsh*t: The Game Show.”

Given my curiosity of exploring different kinds of bullshit, I thought I might find some gems here. I was not disappointed, and I think you won’t be too, reading this post. Not so surprisingly, Rolling Stone had a wonderful headline for this show – “Bullsh*t is the Perfect Game Show for Our Stupid Times.”

I believe I have generated enough curiosity for you to wonder- “What is this game about?”

Bullsh*t is a game where you (the contestant) would have to answer questions and explain the reasoning behind your answers. At the same time, there are three panellists who have to either believe your answer or call your bullshit. If you answer the question correctly, you move ahead to the next round (even if the panellists say you were bullshitting). However, if you didn’t know the answer and lied, and if any of the panellists called out that lie, you are out of the game.

Any contestant can win this game despite getting most questions wrong – all they need is to bullshit and convince one contestant that they are telling the truth. The pitch is “Here you can answer questions wrong and still win a million dollars.” The host Howie Mandel even says this gem: “You just won $25,000 by knowing absolutely nothing.”

I must say though that one of the amazing things of watching the show is to see how people bullshit. A Masterclass in Bullshitting. Often contestants come up with stories of why and how they know the answers. There is no simple or direct answer given when they are bullshitting. Yet most of the time we tend to believe their answers. One final thing before I get into the real story here.

For example, once you cross $25K, you are guaranteed that amount even if you get caught with the wrong answer for a $50K question. The same goes once you cross the $100K question. If you get out here, you go home with $100K at least. At any point you can leave the game with the amount you have won. 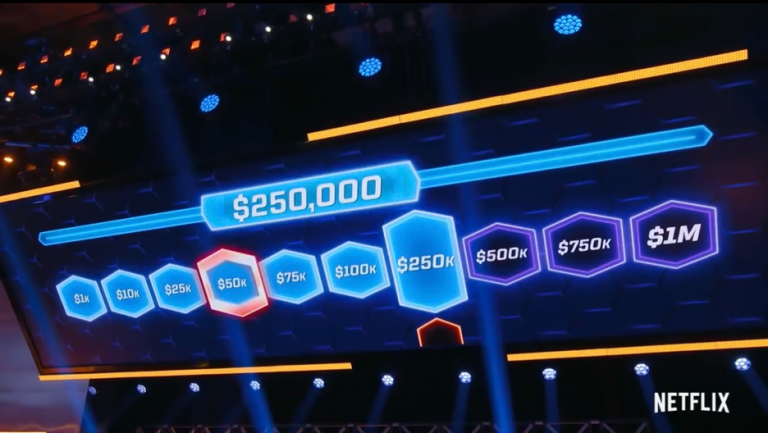 In the episode I watched, Megan (a 37-year-old geologist) was the contestant playing the game. She was smart, had a Bachelor’s degree in environmental geoscience and a Master’s degree from University of Texas, Austin.

Megan played the game very well though she didn’t know at least 50% of the answers. One of the panellists Billy seemed to believe her Bullshit most of the time and when he called her Bullshit, she had actually given the right answer (goes to show how most people believe bullshit that is thrown at them). Now for Megan, it doesn’t make sense to go out once she won $1K, $10K and even $50K as she wanted to play the game and the thrill of the game seemed more important than $50K or so. However, $250K (or $250,000, a quarter million dollars) was serious money for her. Even $100K was but by answering the $250K question, the risk reward was in her favour, she would have $100K or $250K.

She Won by Bullshitting her way to the Million.

It is an underlying assumption in financial theory that people are generally more risk averse, meaning they would rather take less risk.

So, what was happening here? When she had won half a million dollars, she was risking $400K on a question that she had no clue about. She thought a lot when she won $750K but still went ahead on some flimsy argument that when I watch a game show and a contestant is at this stage (like I am now), I would want them to play the next round. “How can I not play then? I will go ahead.”

Was this a great decision or a bad one?

It was a bad decision even though the outcome proved favourable.

Why do we make such decisions?

The simple answer is we don’t understand risk. We also don’t recognize risk when it’s high. Additionally, we generally have no simple framework to evaluate risk-return in such heated moments. Thus, we rely on mental shortcuts to make quick decisions.

However, in Megan’s case, why was she willing to bet $650K which is a lot of money to win an incremental $250K?

One she didn’t frame the question in that context but more importantly she had earned this money in 30 minutes. Though it was her money (she had earned it), it didn’t feel like hers because it was earned so quickly. Would she have bet $650K that she had saved in the last 16 years on the same question?

I don’t think so.

But she bet this $650K because she treated this money differently (won in 30 minutes) from the hard earned one. By the way this bias is called Mental Accounting and is one of the many biases that we humans are afflicted with. These biases cause us to not understand, recognize and control risk when we face them.

Given a chance, what will you do?

P.S. Risk is such a vast subject and also the most important one that we need to understand to become a wise investor. Thus, I am doing a Series on this along with Speculation (which is ongoing) as there are some interesting insights that you will find useful.

Something to Learn from my Dad

In the previous Nano, I had written about the 3 Real Drivers of Performance. I know many people who practice these 3 Real Drivers diligently, but I thought of sharing a bit about M ....Read More

The Balance between your 2 Selves

Most investors including many advisors have a misguided notion of what saving, spending, and investing (or rather what to do with your money) is all about. I hear many professional ....Read More

The legendary Warren Buffett turned 91 last week and thus this headline.No living person signifies the power of compounding better than Mr. Buffett though there are many lesser kno ....Read More

In the first post of the Speculation Series, I focused on defining speculation (as well as speculator), investing (investor) and the difference between the two. I did that because ....Read More

The Gorillas of Investing

The headline might seem a little off but there is a context that you will appreciate.Before I get into the details, I would like you to watch this video. (Watch it first and then r ....Read More

An Insight to Remember